The Church of God of Prophecy (CoGoP) Chaplaincy Ministries Department is planning a 50 Year Anniversary Reunion of all military chaplains and chaplain assistants who served our church on active duty at our next International Assembly in Oklahoma City OK which is scheduled for 20-24 July 2022.  This reception event will be held at the Oklahoma City Convention Center on Saturday afternoon of the Assembly 23 July 2022.

In preparation for the anniversary Dr. Stephenson will be editing a 50 Year History of the CoGoP  Military Chaplaincy Ministries. He is asking each chaplain and chaplain assistant to provide their biographical and photographic input into this history. Please send data and photos to Dr. Stephenson at the contact info below, NLT  30 September 2021.

At the next Assembly Dr. Stephenson will be transitioning out of the role of Director and Endorser.  Bishop Coalter, North American General Presbyter, will be selecting his successor.  That announcement will be made public at this Anniversary Reunion.

Dr. Stephenson plans to teach a Community Service Chaplains course on Monday and Tuesday, 18 and 19 July 2022 prior to the International Assembly. Watch the White Wing Messenger, Facebook and CoGoP Connections for details.

The Chaplaincy Ministries Department of the Church of God of Prophecy is proud to announce the commissioning of two CoGoP ministers as Air Force Chaplain Candidates: 2Lt Jermaine Livingston and  2Lt Brian Graves.
​
Any CoGoP minister who is under 40 years of age and has completed a minimum of two years seminary is encouraged to pursue the military chaplaincy as a career option.  Please contact Dr. Douglas R. Stephenson, Chaplaincy Director, Church of God of Prophecy, via snail mail:  211 Columbia Avenue, Cedartown, GA  30125 and/or email:  drstep@aol.com; or telephone him at 423-432-2715.

​2LT JERMAINE LIVINGSTON, currently a student at the Pentecostal Theological Seminary, Cleveland, Tennessee, was commissioned in December 2016 as a Air Force Chaplain Candidate and graduated from the Air Force Commissioned Officers Training School, Maxwell Air Force Base, Montgomery, Alabama in June 2017. 2Lt Livingston participated in the Air Force Reserve Command Chaplain Candidate Intensive Internship which ended July 28, 2017, at Robins Air Force Base, Georgia.  Jermaine received the award for the best score on the Physical Fitness Proficiency Test. Jermaine, a native of Oklahoma City, Oklahoma, graduated from Oklahoma Baptist University in August 2016 with a Bachelors of Arts degree in Communications.  He began his studies at the Pentecostal Theological Seminary, Cleveland, Tennessee in September 2016. Jermaine is a member the Oklahoma City Family CoGoP and was ordained minister under the Oklahoma Family CoGoP Pastor Jamie Pena. Jermaine spent a year under the ministerial mentorship of Pastor Darren Schalk at the Keith Street CoGoP, Cleveland, Tennessee.  He is now working with the youth at the Peerless Road CoGoP, Cleveland, Tennessee, in association with our International Youth Director, Kirk Rising. Jermaine is single and lives in housing at the seminary in Cleveland, Tennessee. 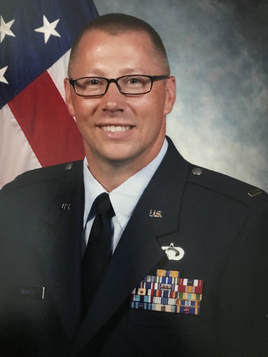 2LT BRIAN GRAVES, currently a student at the Pentecostal Theological Seminary, Cleveland, Tennessee, was commissioned as a Chaplain Candidate on 15 September 2017 upon his graduation from the Air Force Commissioned Officer Training School at Maxwell Air Force Base, Montgomery, Alabama.  2Lt Graves lives in Adolphus, Kentucky and serves in the Air Force Reserve at Robins Air Force Base. He works full time with Battlespace Flight Services at the Tennessee Air National Guard Base in Nashville, Tennessee.  Brian studied Criminal Justice at Volunteer State Community College until 2014 where he graduated with an Associate’s degree and completed his Bachelor of Arts degree at Lee University in 2016.  In September 2016 he began studying at the Pentecostal Theological Seminary, Cleveland, Tennessee. Brian received his ordination in 2013 in the state of Tennessee under Bishop Tim McCaleb.  He currently serves as at Roberts Tabernacle CoGoP, Westmoreland, Tennessee working under the mentorship of Pastor Barry Ray. He fills the pulpit and works with Sunday School and youth. Brian is married and has a wife, Wendy, and two children, a son, Eli and a daughter, Olivia. 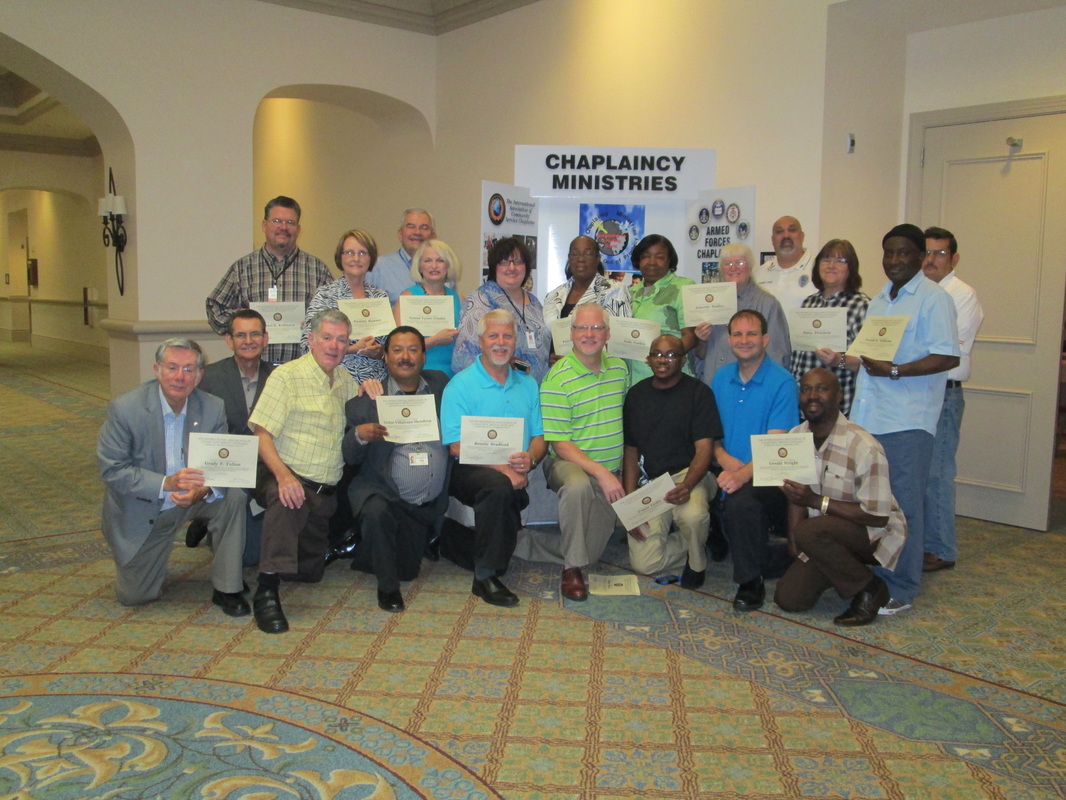 My wife Judy and I were privileged to attend CPT Bill Reed's Retirement Ceremony from the US Navy this AM. It was held at the Ft Myer, VA Officer's Club. Bill was awarded the Legion of Merit for his illustrious chaplaincy career of 29 years. Words like humility, servant-leader, competent were heard numerous times today. Congrats to the Reed's for this significant Accomplishment. - Rev. Dr. Douglas R. Stephenson